Besides those listed, there are over 100 types of dementia, including Huntington’s disease. Huntington’s disease is an inherited disease that affects parts of the brain that control voluntary movements. Age-related argyrophilic grain disease is a neurodegenerative illness characterized by mild cognitive impairment. Creutzfeldt-Jakob disease is a rare, rapidly deteriorating neurological disorder. This disease, caused by an infectious agent called a prion, has no cure.

The term early-onset dementia (also known as young-onset dementia) refers to dementia diagnosed before 65. There are an increasing number of people diagnosed with dementia under 65 years old. The early signs of dementia in a young person are often overlooked or misinterpreted as stress or depression. Early diagnosis can help individuals and families understand what is going on and prepare for the future.

Although younger people with dementia experience similar symptoms to older people with dementia, their impact on their lives and families differs significantly. Socialisation becomes increasingly essential for individuals diagnosed with (EoD) since they may not know anyone with the same experience. Our organisation recognises the need for social groups for those under 65 and develops resources and projects to meet this need.

Vascular dementia (VaD) shares common general symptomology with the other types of Dementia but is distinct. Vascular is the anatomical term for the veins and blood vessels that transport oxygenated blood around the body (including the brain). Deterioration of the vascular system reduces oxygenation and nutrition throughout the body and brain. Effectively, organs, limbs, and tissues become starved of oxygen and other vital nutrients (such as proteins), and nerve cells become frayed and hyperactive. Within the classification of VaD, there are different types attributable to different known causes.

One cause of VaD is stroke; however, this definition of causality is questionable because deterioration of the vascular system can cause a stroke. Stroke occurs when blood vessels are blocked, damaged, and rupture (and this is commonly due to deterioration). This type of VaD is Stroke Related Dementia (SRD). Another type of VaD is Subcortical Vascular Dementia (SVD) and is attributable to a defective supply of blood to nerve cells. Again, logically, deterioration of the vascular system would lead to deterioration of the nerve cells so the crucial distinction between these two types appears to be whether the patient had a stroke or nerve damage. There is also a third type of dementia called multi-infarct dementia (MiD), a sub-type of SRD with frequent mini-strokes rather than a significant causal stroke.

Frontotemporal Dementia (FTD) which describes a range of different disorders and is commonly known as Picks Disease (PiD). PiD is known to affect people in their 40’s, 50’s, and 60’s. Frontal and temporal lobes of the brain sustain damage and, because these areas of the brain control emotional sensations, reasoning, and language abilities, symptomatically people with FTD present as having difficulties with communication and behaviour. There are three different types of FTD, specifically – Behavioral Variant (FTDBV – where behavioural challenges are most prevalent), Semantic Dementia (FTDSD – where reasoning difficulties are most prevalent), and Progressive Non-Fluent-Aphasia (FTDPNfA – where communication difficulties are most prevalent).

Symptoms of FTDBV often present as a change in personality. People with FTDBV may also become depressed, withdrawn, and emotionally detached from the people who are close to them. This social/ interpersonal change can also manifest as awkwardness around people and that can lead to unnecessary and inappropriate remarks and behaviours. Difficulties in processing and formulating words and understanding their meanings are symptomatic of FTDSD. Typically, articulation will require a lot of thought and effort. FTDSD is therefore very easily confused with FTDPNfA where language and communication are impaired. The key distinction is that FTDSD often presents as language difficulties but is actually a problem of reasoning, whereas in FTDPNfA, the primary problem is with language. During early onset of FTD, the symptoms are very difficult to identify and often do not disrupt everyday lifestyle.

There are various forms of dementia, but Alzheimer’s disease is the most common, and its symptoms tend to progress gradually, though it can progress rapidly in some people. In addition, it is a problematic form of dementia to diagnose, due to its slow progression, especially during early onset. Instead of clinicians, family members, care providers, and friends are most likely to identify the early onset signs and symptoms.

Furthermore, It is also complicated to identify AD symptoms because they tend to merge with other symptoms, such as anxiety, language difficulties, and paranoia.
AD is progressive, which leads to severe care management difficulties in the later stages. In the later stages, a person with AD is typically prone to confusion, hallucinations, and at risk of falling, whilst daily tasks become increasingly difficult. The cause(s) of AD is unknown; however, scientific speculation is that the build-up of abnormal structures named plagues or tangles disrupts nerve cells. Eventually, the neurons cease to communicate, resulting in cellular death.

Lewy Bodies (DLB) named after the tiny clusters of protein that evolve inside nerve cells. These clusters are similar to the plaques and tangles identified in AD. They reduce the amount of chemical massagers, resulting in destruction of the nerve cells. DLB is common amongst patients with Parkinson’s disease (Pd). Statistically, one third of people with PD develop Dementia and this combination is Parkinson’s disease Dementia (PdD). Early onset symptoms of DLB include problems with judgment, reasoning, and problem solving. When present, spatial awareness difficulties are identifiable, such as poor judgment of distances and difficulties with identifying objects in three dimensions.
Visual hallucinations are common in DLB and misunderstandings about what is present often create confusion and uncertainty. Symptoms similar to Pd may also develop and these may create difficulty in a person’s gait, posture, speech, and a person with Pd will likely experience tremors (trembling) and rigidity (stiffness of the body). Unsettled sleep is also common; however, Pd affects memory less than AD.

Ten per cent of people with dementia will have mixed dementia, a combination of Alzheimer’s disease and vascular dementia. Both types of symptoms may occur.

Here are some leading charities that provide information about dementia.

Dementia UK
Dementia UK's Admiral Nurses are dementia specialists. Their nurses provide families with comprehensive care that considers those with dementia and those around them, and they also advise other healthcare professionals. They can be a lifeline for families affected by dementia.
Getting in touch
Dementia UK

Dementia UK's Admiral Nurses are dementia specialists. Their nurses provide families with comprehensive care that considers those with dementia and those around them, and they also… 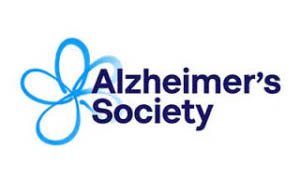 The Alzheimer's Society in the United Kingdom provides care and research for people with dementia and their caregivers. The charity operates in England, Wales, and Northern… 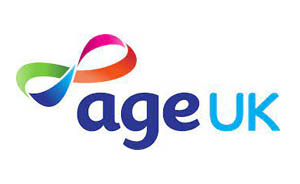 Founded on 25 February 2009, Age UK is a registered charity in the United Kingdom, which combines the operations of Age Concern England and Help the Aged to form the largest charity for older people in the country. They provide information and advice on every aspect of later life, such as benefits people are entitled to claim or ways of making later life at home more manageable.
Getting in touch
Age UK

Founded on 25 February 2009, Age UK is a registered charity in the United Kingdom, which combines the operations of Age Concern England and Help the…

Decide which cookies you want to allow. You can change these settings at any time. However, this can result in some functions no longer being available. For information on deleting the cookies, please consult your browser’s help function. Learn more about the cookies we use.

With the slider, you can enable or disable different types of cookies: