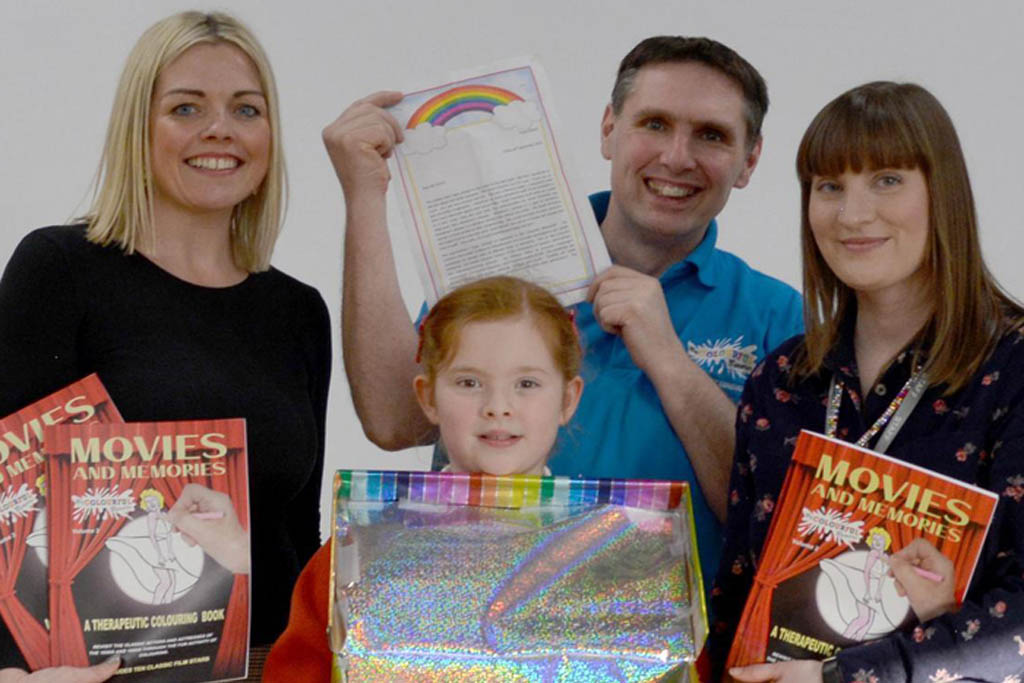 A local teacher whose daughter, nine years old, nominated her school to raise funds for our community group contacted us during the summer of 2019. Poppy wrote an inspirational letter to her school’s council about why she and her classmates should raise funds for “My Colourful Memories CIC”. Pupils were encouraged to nominate local non-profits that serve their communities.

There were three categories the school should fundraise for – local, national, and global. As Alzheimer’s affects many people all over the country, Poppy sent her letter to the national section rather than to the regional category. Poppy writes that her great grandma was very creative and fun in a heartwarming way. She was an excellent baker, an artist, and very imaginative. Her letter explains that her great-grandmother was diagnosed with Alzheimer’s disease.

Her memory began to fail, and she could not bake or paint anymore. Also lost was the ability to read and write and the names of things and people. She writes that her great-grandma passed away last year. She adds, “If she had still been alive, we could have taken part in ‘My Colourful Memories’ together and made some new memories.”

I will represent ‘My Colourful Memories CIC’, a group in Oswaldtwistle that offers arts-health workshops for people living with dementia.

Poppy’s letter inspired the school to host a fundraising event for the families and grandparents of the pupils. The event was a great success. The children danced and sang songs old and new. As a result of the school’s fundraising, we provided local activities for people living with dementia. We will never forget Poppy’s message, which will always inspire us to continue our work.

This site uses Akismet to reduce spam. Learn how your comment data is processed.

Decide which cookies you want to allow. You can change these settings at any time. However, this can result in some functions no longer being available. For information on deleting the cookies, please consult your browser’s help function. Learn more about the cookies we use.

With the slider, you can enable or disable different types of cookies: